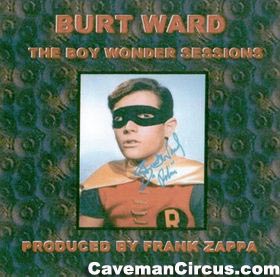 Been a long week on trial. I plan on spending the afternoon drinking a lot of beer and watching the US-Ghana match. Hey, isn’t that President Clinton enjoying a cold one with US Captain Carlos Bocanegra? It sure is. 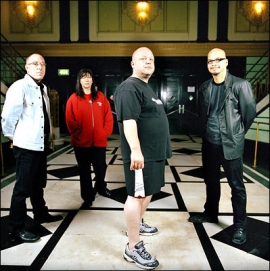 I remember a summer job when I was seventeen: A friend and I were hired by a painting company to paint several of the gigantic houses around Lake of the Isles in Minneapolis. We were the youngest of the crew by many years, and as the summer wore on it became clear that many of these guys (there were no women among us, as I recall) had lived through some wild experiences and had some interesting professions and associations before they ended up painting for a living. The owner of the company was a recovering alcoholic, and he hired most of the guys on this summer crew from a halfway house in the city for recovering addicts of all sorts; he either lived at the house at the time or once lived there. I can’t recall. His business went under before the summer was over, and he skipped town owning me around $500.00, which was a major bummer (I think he owed my friend even more). This is all irrelevant to this post, really, except for the fact that several of the stories I heard while painting mansions that summer enthralled me for their references to rock-n-roll hedonism (one of the oldest painters had many stories of his former life as a roadie for Greg Allman and other b-rockers — I think Eddie Money was among them, for example), drug abuse (I learned about “speedballing” from one of the painter’s afternoon reveries), and the Pixies. Apart from my friend and me, the owner of the company had two other relatively young guys on staff. They were college going age, and their tenure with the crew overlapped with mine by about two weeks. I didn’t get to paint on the same projects with these guys too often. But one day I was stationed on a roof with one of them, painting the window trim and fascia boards of a big old Tudor-style house, and naturally we chatted all day. During our lunch break somehow details about our families came up, and this guy told me that his brother was recently in a bad car accident. I don’t recall where it happened or how his brother made out in the accident, but what stuck in my memory, still quite vividly to this day, is that he told me his mom thought his brother crashed the car because he was listening to the Pixies. She thought their music messed up one’s ability to concentrate, he said and laughed. I didn’t get the humor in what he said at the time (not sure if I do now, to be honest). I had heard of the Pixies at that point but I hadn’t listened to them. I remember having really unusual ideas about what the music must have been like. These ideas lasted for almost a year before I actually heard the band. I eventually heard and saw them on MTV’s 120 Minutes, which is to my mind the best video show that MTV has ever had (do they even still play videos on MTV?). 120 Minutes aired late at night on the weekends, I think, and it featured bona fide alternative music videos. Back in the late-80s the label “alternative” actually carried some descriptive precision: in brief, it referred to music that you were not likely to hear on the radio, which was “commercial,” such as the hair-metal bands Poison, Bon Jovi, and Guns-n-Roses, and other supergroups and solo artists like U2 (circa Joshua Tree) and Phil Collins. In any event, several months after hearing the story about how the Pixies might have messed up a guy’s mind so much that he got into a car wreck, one night on 120 Minutes I saw a Pixies video for “Here Comes Your Man”:

I liked this song instantly, even if I was a little thrown by the distorted figures and frozen mouths in the video. And I still like this song a lot. Since seeing that video, I’d have to say that I’ve come to place Doolittle, the album on which “Here Comes Your Man” became the most widely known track, in my top ten favorite albums of all time. But would I endorse the album as one of the greatest rock albums of the 80s or of all time? Maybe. Back in January Jim DeRogatis and Greg Kot of the NPR / WBEZ rock-n-roll radio talk show, Sound Opinions, considered this possibility and, even better, dissected the entire album with Pixies frontman Black Francis (née Charles Thompson) — listen to the show here. It’s well worth your time, if you’re at all interested in this album and the band. Of course, the band went through a sort of renaissance five-six years ago when they reunited for a world tour, which saw their shows selling out venues at record-breaking speeds and receiving high praise from critics worldwide. If you have a little more time, I highly recommend Matthew Galkin and Steven Cantor’s loudQuietloud: A Film About the Pixies (Stick Figure Productions, 2006), which you can watch for free on Hulu.