bowdlerize, [v. trans.] : To expurgate (a book or writing), by omitting or modifying words or passages considered indelicate or offensive; to castrate (OED).

The institution that employs me likes to post pictures and stories on its website that demonstrate any number of things: the beauty of its campus; its efforts at outreach with and in the local community; student achievements; sports events; concerts; public lectures; faculty research; and so on. Someone in the communications department heard that I did some work over the summer in Europe, and so I was recently asked to write a few words about my research and submit a few photos that they could use for alumni outreach and advertising. Sure, I complied. Coincidentally (or not), in most of the decent photos from the trip that included me in them I had a drink in my hand. (Really, really, it was a work trip.) So I sent in a blurb and a few snaps. Some time later, I got an email saying a “story” about me and my research has been posted on the institution’s website. It’s nice and all. But upon close inspection of the photo that accompanies the story, it’s obvious that someone in the communications department photoshopped the image. See for yourself. The original photo is on the left, and the photo they published online is on the right. Can you tell what they did? Check out what’s in the glass!

As I’ve tried to understand why they might have made this change to the photo, the most reasonable answers I can adduce have to do with an effort not to promote, in any way, the consumption of alcohol in an environment that annually suffers from alcohol saturation among a population that often cannot handle alcohol saturation. Maybe there’s a better explanation. Perhaps insurance is involved somehow. But c’mon, if you’re going to bowdlerize beer into “water,” then at least take the sudsy head off the beer!

This all made me think about how college aged men and women today might be different than they were when I was in college lo so many years ago. Would a beer have been erased from the hand of one of my professors when I was in college? Honestly, I don’t know. But there might be something to the comparison in terms of maturity levels for twentysomethings today and twentysomethings in the past. Last week the NY Times ran an article, “What is it about 20-somethings?,” that speaks to some of the possible differences. While the tone of the article is perhaps overly judgmental, it’s an interesting read on the effects of the economy on “growing up” (insert Springsteen melody here). 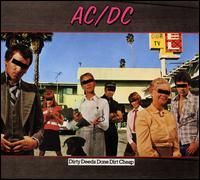