Reasons for the recent attack and murder of dozens of people in Norway by Anders Behring Breivik are slowly but surely coming to light. If you’re really assiduous and interested, and indeed wise enough to bypass commentary from the media’s talking heads about what happened, you’ll go straight to the source, Breivik’s 1500+ page manifesto, 2083: A European Declaration of Independence (read it here). No doubt some enterprising sociology or religious studies grad student somewhere has already digested most of it and is preparing a dissertation prospectus based on it. 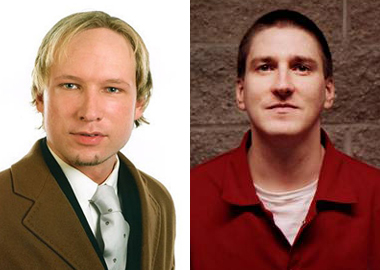 The academic don of all things religious and terrorist, Mark Juergensmeyer, has already scripted a piece on the striking parallels between Norway’s Breivik and the U.S.’s McVeigh over at Religion Dispatches. Check it out and report back, dear reader(s).

What I’d like to point out in this blogamarole is some news I recently came across about Breivik that really drew me in. Namely, the following two articles present some very interesting material for anyone interested in the long and winding historical relationship between religion and politics across the Indo-European world, Indo-Aryan invasion theories and, more generally, religious terrorism: 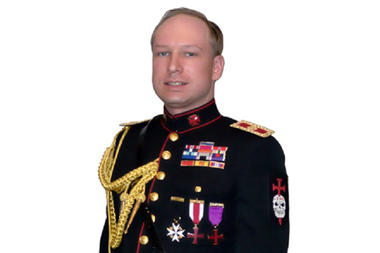 The India connection revealed in these articles comes as no surprise. Breivik clearly had been closely following the history of Hindutva (Hindu Nationalist) rhetoric and violence against Muslims in India, and he has no doubt bought wholesale the long ago debunked Indo-Aryan socioracial theories championed by (mainly, but not exclusively) northern Europeans in the 18-20th centuries that could lead any unwitting blond-haired, blue-eyed übermensch from Scandinavia to the Himalayas. Having taught some of this history to college students over the last few years, it’s always a challenge to get young folks new to South Asian Studies to understand how the linguistic and religious histories of places like Iceland and India can be related. Breivik presents us with a case in point, a tragic one, to be sure, and one unlike I’ve seen in recent history. I do not want to give this guy a virtual podium from which to spout his hate speech and fascist rhetoric, and I’m highly dismayed by the massive growth of religious extremism in northern Europe over the past two-three decades, some of which has become institutionalized in the political machines of that land’s “progressive” countries.  And yet, I also recognize that from a strictly academic perspective this event is so historically significant. It will be be brought up in classrooms and in publications on religion and politics and cultural studies for a long, long time.